On March 7, 2022, the Youth Union –  of Nha Trang Tourism College successfully organized the Conference of the Youth Union’s Standing Committee and the Student’s Association’s Secretariat, the first quarter of 2022 in order to implement the activities of Youth Month which was called “Creative Youth” in 2022. Celebrating the 91st Anniversary of the Founding of the Ho Chi Minh Communist Youth Union (March 26, 1931-March 26, 2022) and the 112th Anniversary of International Women’s Day (March 8, 1910-March 8, 2022). 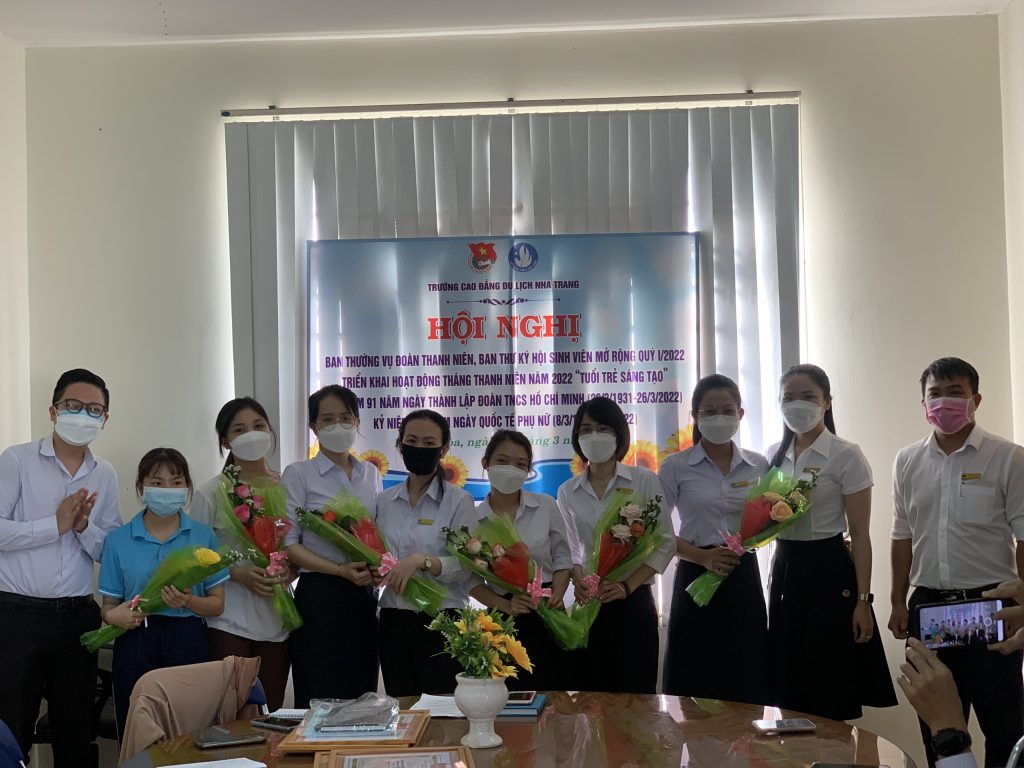 Attending the conference were the presence of comrades in the Youth Union’s Standing Committee and the Student’s Association’s Secretariat of Nha Trang Tourism College, because of this occasion which is the International Women’s Day, March 8, 2022, the Conference sent fresh flower bouquets to the female cadres with best wishes, wishing the other half of the world to always be beautiful and joyful. 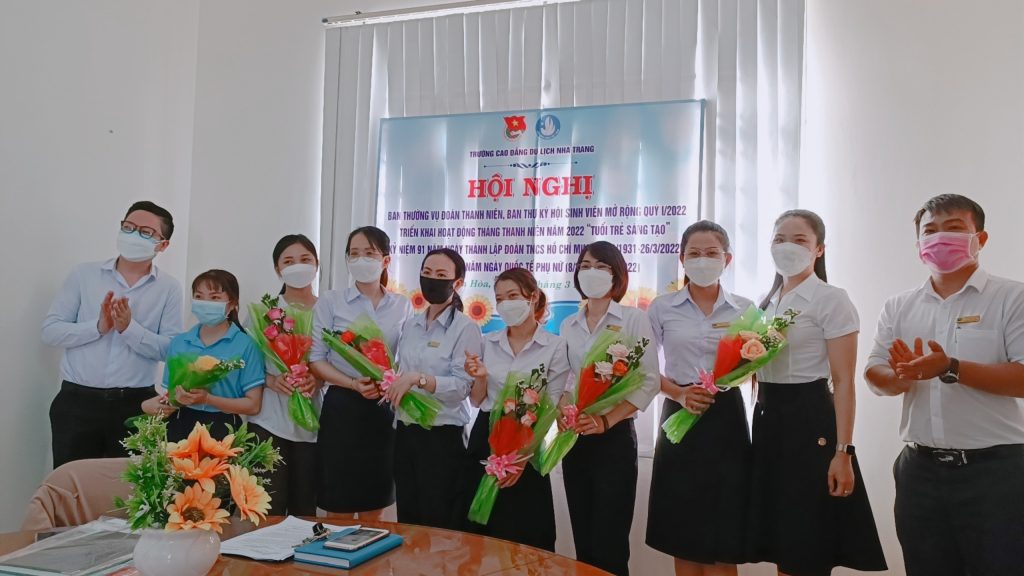 At the Conference, Mr. Phan Ngoc Hau – Secretary of NTC’s Youth Union chaired a review of some outstanding achievements in recent months of NTC’s Youth Union eventhough the epidemic situation is still very complicated, however The Youth Union – Student’s Association still always coordinated smoothly and completed many activities to create an exciting atmosphere for the New Year of the Tiger 2022. Continuing at the Conference, the chairperson implemented many key activities in the youth month 2022 to celebrate the 91st anniversary of the founding of the Ho Chi Minh Communist Youth Union (March 26, 1931-March 26, 2022) and a number of important political plans and tasks that the Party The Board of Directors, the School Board of Directors have entrusted the youth, green youth to organize and implement. Take a look at some outstanding activities that have been implemented and will be held in the near future such as the “Miss Student” contest of Nha Trang College of Tourism in 2022; plan that dance groups and bands of Nha Trang Tourism College will participate in the program of the Festival of dance groups and school bands in 2022 organized by Khanh Hoa Provincial Youth Union; annual sports tournament plan; plan to launch youth work and projects;… 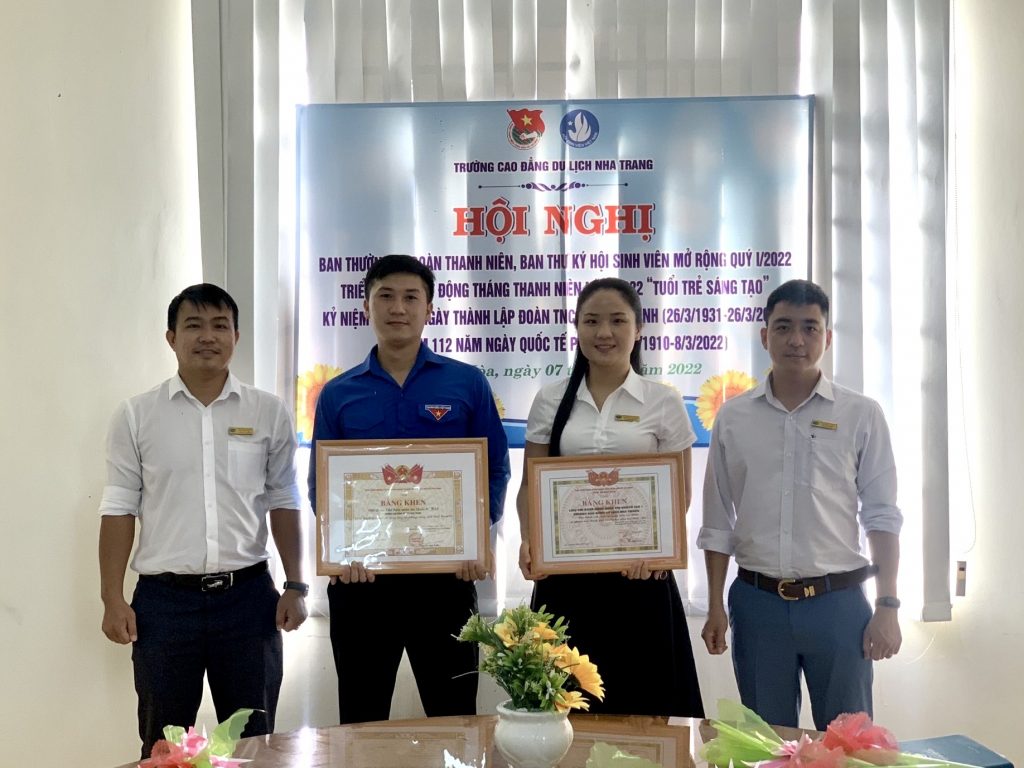 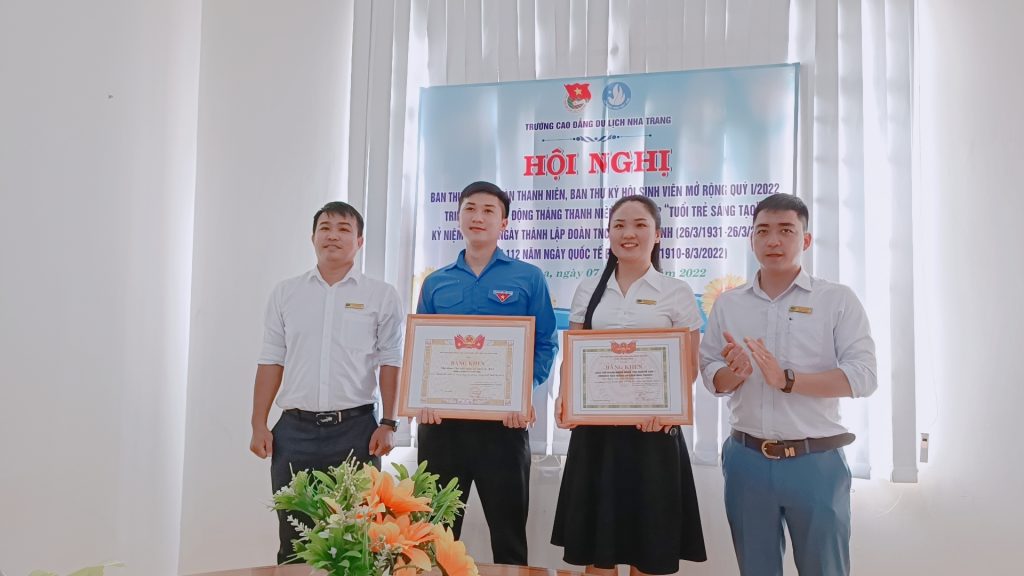 With the participation of many young, energetic Youth Union officials, the Conference brought to the Conference an open and joyful working atmosphere with a lot of constructive comments and suggestions. with new ideas. Also at the Conference, the Standing Committee of the Youth Union organized the awarding of Certificates of Merit from Khanh Hoa Provincial Youth Union to collectives and individuals who have made outstanding achievements in the Youth Union work and youth movement last school year.